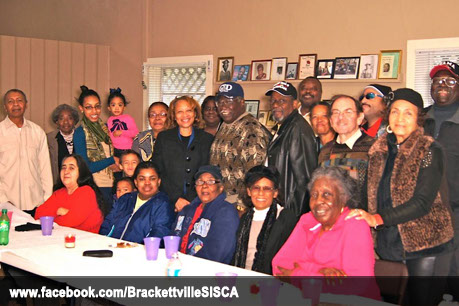 The Black Seminole Indian Scout Cemetery is the burial site of heroic U.S. Army men, families, and heirs, whose ancestors came mainly from Florida during the mid-19th century and settled in northern Mexico and Texas. The cemetery was first established in 1872, when scouts were stationed at nearby Fort Clark.

The descendants of escaped slaves and Florida’s Seminole Indians, the Black Seminole Indian Scouts were known as unparalleled trackers and fearless combatants. These scouts joined Lt. John Bullis and Col. Ranald Mackenzie to search for hostile Indians during the 1870s.

Four of the scouts buried at this cemetery — Adam Payne, Isaac Payne, John Ward, and Pompey Factor — received the Medal of Honor. Their tombstones are marked with a reproduction of the Army’s version of the medal, a wreath, and a representation of the goddess Minerva.

The site is located about 3 miles southwest of Brackettville and Fort Clark on Hwy 3348. The Seminole Indian Scout Cemetery Association maintains and preserves the cemetery and the legacy of their ancestors. They hold several events throughout the year and are also involved with the preservation of the Old Carver School Building in Brackettville. 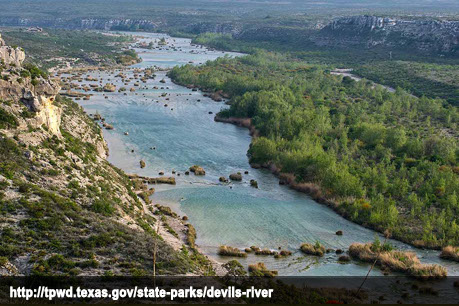 Fed by numerous clear springs within the region's karst topography, the Devils River is one of the most ecologically intact rivers in Texas. From the hilltops and water's edge of Devils River State Natural Area, visitors can revel in the sight and sound of the river's waters tumbling over limestone past rugged ridges, canyons and grassy banks, giving life to diverse plants and wildlife. 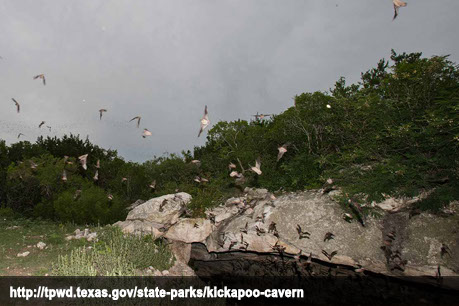 Kickapoo Caverns State Park - Approximately 25 minute drive to the park which offers picnic sites, camping, hiking, mountain biking, bird watching, cave tours, and evening bat flight viewing during the season.  Interesting features of the park include 20 known caves, two of which are large enough to be significant. Kickapoo Cavern is approximately 0.25 miles in length (1,400 feet) and boasts some impressive formations. Tours are offered on Saturdays by reservation. Stuart Bat Cave (formally Green Cave), slightly shorter than Kickapoo at 1,068 feet, serves as a migratory stopover for large numbers of Mexican free-tailed bats from mid-March to about the end of October. Bat flights are often spectacular, and public observations are available with an entrance permit. 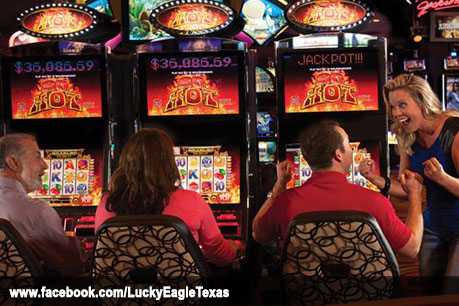 Rising from the scenic shores of the Rio Grande River separating the Lone Star State from the Republic of Mexico, Kickapoo Lucky Eagle Casino stands alone as Texas’ #1 Casino Gaming Experience! With 24-hour gaming excitement in a first-class facility, it’s all within easy reach of both the Rio Grande Valley and San Antonio. Experience exciting gaming action with over 1,800 electronic gaming machines, the anticipation of fast-paced Texas Hold ’Em poker, live bingo and much more!

Built by Italian stonemasons in 1885, formerly a general store and residence, rehabilitated in the 1990s, and now stands as a reminder of Brackettville's commercial heritage. The building was also used briefly as the high school classroom for Brackettville's Black Seminole community in the early 1940s. Houses museum artifacts relating to Kinney County. 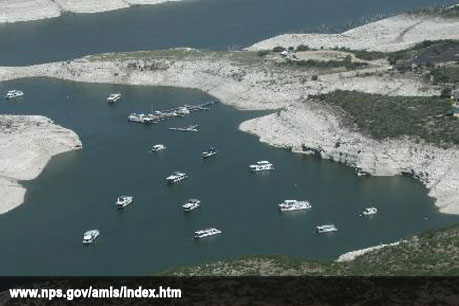 An oasis in the desert, Amistad National Recreation Area consists of the US portion of the International Amistad Reservoir. Amistad, whose name comes from the Spanish word meaning friendship, is best known for excellent water-based recreation, camping, hiking, rock art viewing, and its rich cultural history. Amistad is also home to a wide variety of plant and animal life above and below the water.